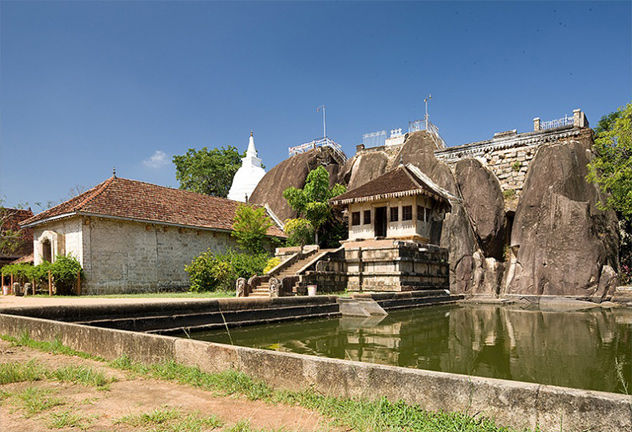 Sri Lankan culture is truly the personification of ‘diversity’.  A blend of many ethnic groups and multiple religious beliefs has resulted in a tiny island seeping with history and culture. The myriad influences by rulers and religious beliefs in the days gone by can still be seen and experienced through the architecture, art, festivals, customs/rituals  and cuisine offered in the country. These have been passed down from generation to generation

Sri Lanka proudly lays claim to 8 UNESCO World Heritage sites, and the ‘Cultural Triangle’ is home to 5 of these sites.    The ‘triangle’ comes to being by connecting Anuradhapura to Polonnaruwa and finally by connecting Kandy as the southern tip that completes the shape, with Sigiriya and Dambulla nesting in the centre  of this triangle. The ancient ruins, temples, stupas & statues, frescoes and architecture seen  within the Cultural Triangle are a testament to the strong influence that Buddhism has had on this country and furthermore the palaces, gardens and complex irrigation systems that are still in use in the Island’s dry zones are proof that this island was home to a civilisation that possessed deep knowledge and intelligence in the areas of science, engineering ,town planning etc, that was far superior to other countries and people in that age.

As the country was previously  colonised by the Portuguese, Dutch and British and owing to its close proximity to India, influences from these countries can be seen in the religious practices, language, art, food , sports, trade and music in the country.